Postcards from the past 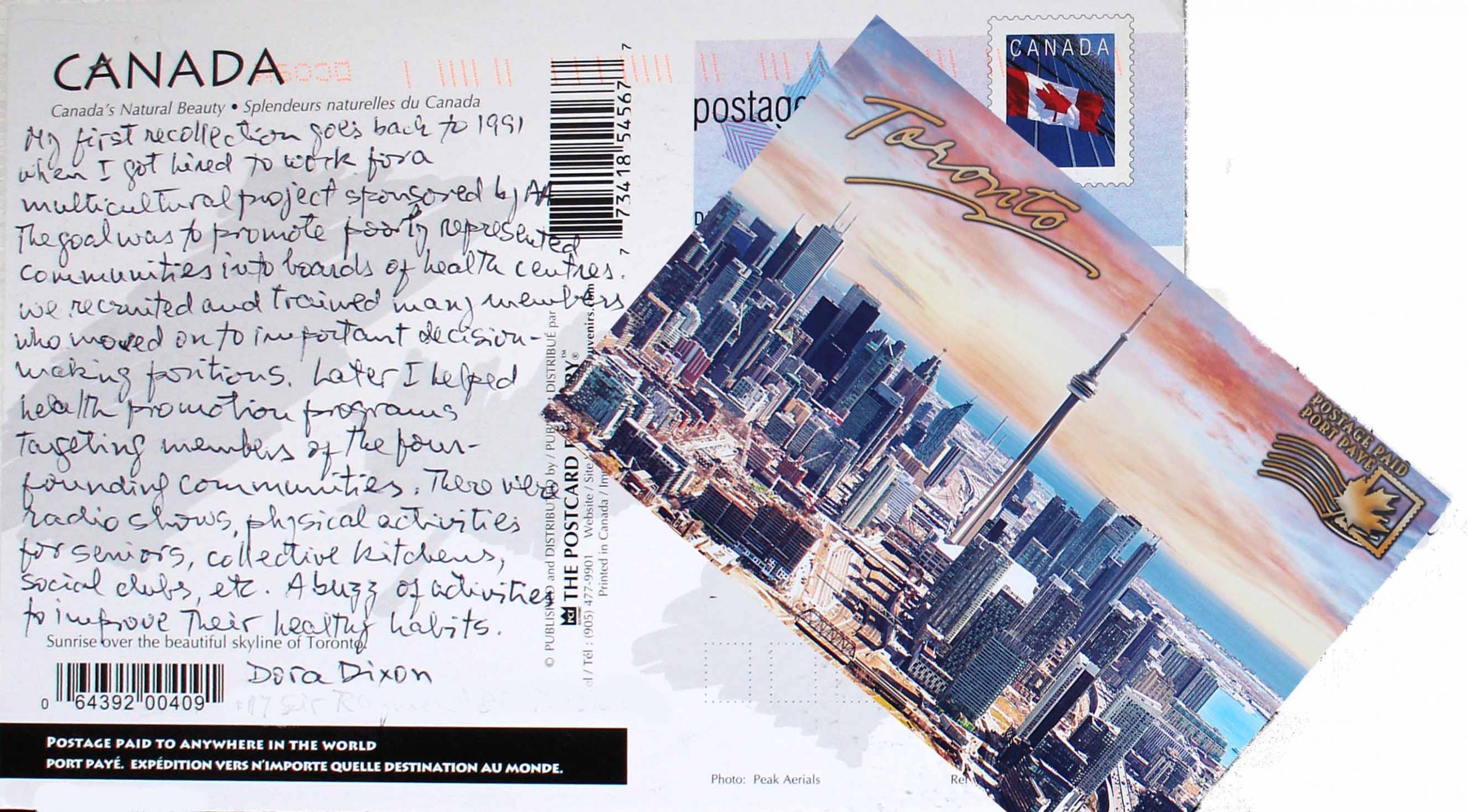 “My first recollection goes back to 1991 when I got hired to work for a multicultural project sponsored by AA. The goal was to promote poorly represented communities into boards of health centres and hospitals. We recruited and trained many members who moved on to important decision-making positions. Later I helped with the health promotion programs targeting the four founding communities. There were radio shows, physical activities for seniors, social clubs, collective kitchens, etc. A buzz of activities designed to improve their healthy habits.”

“It was the mid-late 1990s when I worked at Access Alliance with the Spanish-speaking community. I worked closely with a group of seniors from all parts of the continent who used the space to socialize, learn English and learn about other cultures in the city and at the Centre. There were feisty, engaged and taught volunteers and I a lot of life lessons.”