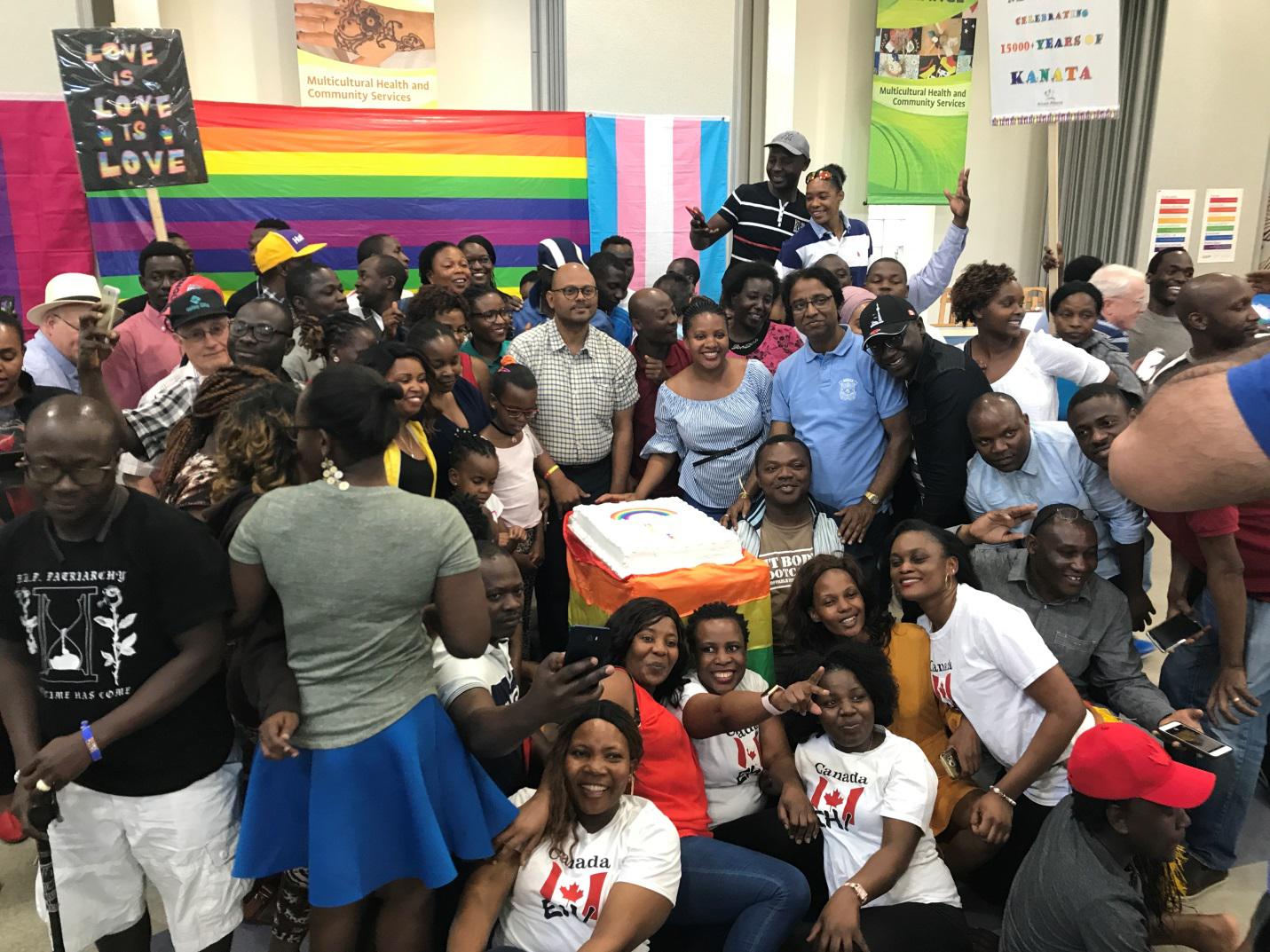 On June 13, 2019, Access Alliance hosted our 8th annual pride celebration, a vibrant and exciting community event that filled the space with singing, dancing, food, and festivities at our Danforth location. When the first LGBTQ+ initiative at Access Alliance, Among Friends, began in 2006, Aamer Esmail, a former volunteer and later coordinator of the program recounts, “There was almost nothing in the city of Toronto for LGBT newcomers.” In the mid-2000s, the influx of LGBTQ+ newcomers to Toronto sparked the recognition that this group had specialized needs and concerns which service providers desperately needed to address. “No one was looking at the LGBTQ community from an immigrant and refugee lens,” explains Cliff Ledwos, director of primary care, who also played an integral role in the development of the LGBTQ+ programming at AA. This clear need led to the development of the Among Friends program at Access Alliance. 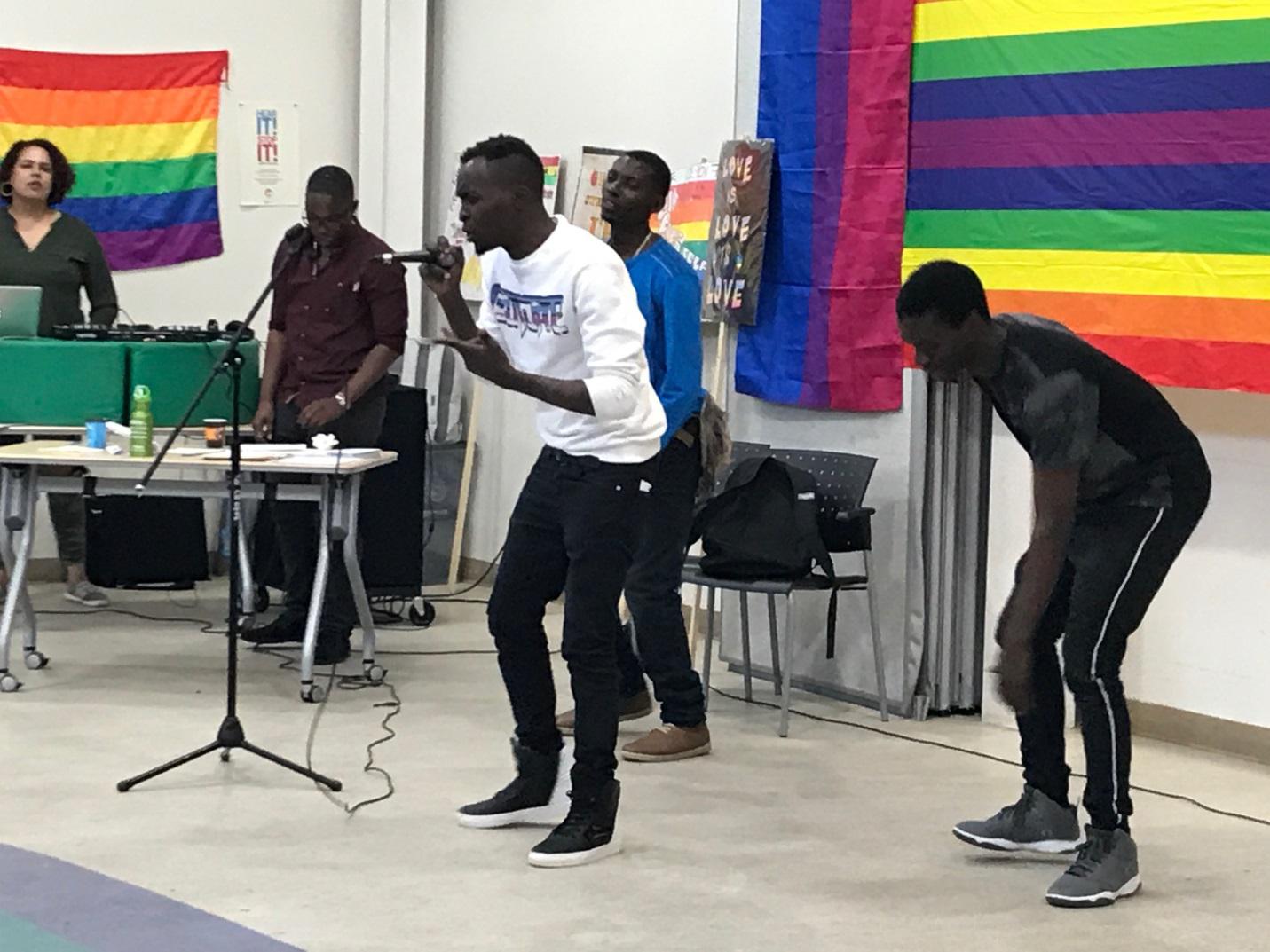 Among Friends was a 3-year initiative that trained LGBTQ+ newcomer volunteers to work with service providers to help them better understand and meet the specialized needs of the LGBTQ+ newcomer population. In addition to building the capacity of LGBTQ+ newcomer volunteers to educate providers, the project also involved working to build knowledge of LGBTQ+ newcomer needs and inform truly effective policy at the level of the Board of Directors. Cliff reminds us that it’s important to ask, “What does a welcoming environment look like and feel like, beyond just sticking a little rainbow flag up in the window?” He notes that this signalling is meaningless without teeth behind it. In establishing Among Friends, these “teeth” ultimately took the form of LGBTQ+-specific 1-on-1 settlement support, group programming, and an annual pride celebration, as well as through the incorporation of LGBTQ+ inclusion into every aspect of Access Alliance’s operations as an agency. This holistic integration has ranged from ensuring visibility of the LGBTQ+ community in all events, announcements, and proposals, to capacity-building education around the specific challenges and needs of LGBTQ+ newcomers for service providers in all departments and partner agencies, including doctors, registered nurses, settlement workers and administrators.

The pioneering work of Among Friends and subsequent LGBTQ+ programs at Access Alliance consisted of much more than efforts to improve staff competency and create community-specific programming. Among Friends was also the seed of what grew into a vibrant, social, and intensely peer-driven community space for LGBTQ+ newcomers at Access Alliance. When AF’s 3-year tenure ended, it was clear that there was still a need for a space where LGBTQ+ newcomers could gather to eat and chat, enrich their skills, and build community. This led to the development of weekly workshop programming which is ongoing today. “People, when they come to the program, they’re not just there to use the service and exit,” explains Aamer. He speaks to the integral role that LGBTQ+ staff members at Access Alliance play in helping to foster this warm environment that clients continue to return to, saying that, “within the queer community, the boundaries are a lot more grey, between staff who are also from the community and the people that you work with…that really allows for more of that partnership to happen.”

Now, 12 years after the start of LGBTQ+ programming, Access Alliance’s 8th annual pride celebration represents an important opportunity for celebration and visibility of the LGBTQ+ community, especially since it brings the pride festivities beyond the downtown core and into the wider Danforth and Access Alliance communities. These past 12 years have also seen the ongoing integration of LGBTQ+ services and community into every aspect of programming at the agency. Aamer describes this multifaceted growth, saying, “the LGBTQ pieces went from being a project located with one person in one department, to now being something that is happening across the teams.”